This site is reader-supported. We use affiliate links to support our expenses. Learn more

Is McAfee better than Windows Defender?

In the modern, digital world, you can’t do without a reliable antivirus suite, regardless of whether you have a PC or a Mac.

Do you know AV-Test claims to register over 250,000 new malware samples every single day? Hackers are constantly in search of new (and clever) ways to hijack your computer, breach your privacy, steal your sensitive details, take over your personal files, and more.  It goes without saying that a reliable (or paid) antivirus suite is necessary in the modern world of the internet.

During the past few months, we have ranked, rated, and reviewed 40 premium antivirus suites from the biggest names in cybersecurity. We did this so you can confidently choose the best antivirus software to protect yourself and your family.
Right now, we think that Norton is the best antivirus software your money can buy. It regularly earns perfect or near-perfect scores from independent labs and has the least impact on system performance compared to rival products. Its products combine top-notch security with an array of excellent security features and, best of all, offer exceptional value for money.
Overall, Norton 360 Deluxe (currently at 70% off) is our pick for the best antivirus suite in 2020. It is competitively priced and comes with almost everything you could possibly ask for, such as a firewall, a fully integrated VPN, dark web monitoring, cloud backup storage (50GB), a password manager, and parental controls. You can cover up to 5 PCs, Macs, smartphones or tablets with this suite.
If you want full-on identity protection and don’t mind paying more, Norton 360 with LifeLock Select (currently at 35% off) gives those in the US a full range of identity protection features, more backup space (100GB), as well as all the above.

In this ultimate (and comprehensive) guide, you’ll see the products that both Windows Defender and McAfee offer, as well as how they stack up against each other in terms of features, malware protection, system impact, user interface, and more.

If you want the answer straight away, take a look at the graphic below that summarizes the whole comparison.

Let’s begin with the comparison…

First, let’s look at what Windows Defender has to offer.

Unlike other antivirus companies that offer a diverse range of antivirus suites, Microsoft only offers a free version of Window Defender. The freeware is limited in terms of features and extra utilities, but it does have essential features that should be there in an antivirus suite.

You can run different time of scans, namely Full Scan, Custom Scan (checks specific files/folders), and Offline Scan (useful if you’re infected by malware). Perhaps the most useful feature of Windows Defender is its Firewall; it monitors network connections and prevents hackers from gaining access to your network.

Another handy module included in Windows Defender is parental control. It lets you see which sites your children visit online (but only when they use Microsoft Edge), set when and how much time your kids can use their devices, and more.

SmartScreen Filter is also part of the freeware. It blocks malicious websites and also checks downloads for malware, but it only works on Microsoft’s own Edge browser, making it of little use to you if you prefer Chrome or Firefox. Protection against ransomware and rookits is included in the suite.

That’s pretty much all that is included in the Windows Defender. If you want additional features/utilities and added protection, there is no paid-for upgrade or additional add-ons offered by the Microsoft.

Now, let’s look at what McAfee has to offer.

McAfee Total Protection is a full-blown antivirus suite, boasting almost all the features you can ask for. Along with excellent, award-winning protection against all sorts of malware, it includes home-network protection (protects your Wi-Fi network), an advanced Firewall, a file shredding utility (helps delete your sensitive files securely so no one can recover them), and a web-based security management dashboard (lets you manage all your devices from one place).

A cleanup utility, called QuickClean, removes junk files, cleans up your computer, and improves performance. Vulnerability Scanner (checks for outdated software and other issues) and Silent Mode (prevents notifications for interruption-free experience) option are also part of the suite.

With McAfee Total Protection, you’ll also get five licenses of True Key Identity manager; it’s a password manager that can save all your passwords at one place so you can log into your favorite sites/apps without hassle. Parental control features are also included in the suite.

McAfee LiveSafe plan includes 1 GB of secure cloud storage, along with all the features that are part of its ‘Total Protection’ sibling.

Note: McAfee’s products are compatible with both Windows and MacOS.

Malware protection component is the heart of any security suite. Usually, all the antivirus suites offered by a company use the same malware detection engine.

To determine whether McAfee or Windows Defender is better in terms of malware protection, I’ll look at the recent tests conducted by AV-Test and AV-Comparatives – two well-known (and most respected) independent labs that regularly test various top security products on different levels.

The most recent AV-Test evaluations were conducted on Windows 10 in March and April 2018. Several security products, including Windows Defender and McAfee, were put to test against 196 samples of zero-day malware and 5,486 samples of widespread malware.

Windows Defender’s performance in these tests was slightly less appealing than McAfee’s, but it still got 5.5 stars out of 6.

The experts at AV-Comparatives do several tests to gauge the protection level of different antivirus products, but the two main ones are Real-World Protection Test and Malware Protection Test. The former test exposes a product against real-world conditions (as experienced by users), while the latter tests a product’s ability to prevent malware infections.

McAfee received the highest ADVANCED+ award in the AV-Comparatives most recent Real-World Protection Test, due to an excellent protection rate of 99.6% and a reasonably low false positive (false detection of clean files as malware) score of 7.

Windows Defender, on the other hand, could only manage the second-best ADVANCED award courtesy its 99% protection rate and a slightly worse false positive score of 11.

AV-Comparatives’ most recent Malware Protection Test was held in March 2018. McAfee received the second-best ADVANCED award in this test, due to its protection rate of 99.95% and a low false positive score of 10. Windows Defender could only manage the STANDARD award, with 99.99% protection rate and 70 false positives.

So it’s clear from the above tests that McAfee is better than Windows Defender in terms of malware protection.

Windows Defender vs McAfee: Which Puts Less Impact on System?

Antivirus products continuously run in the background to provide real-time protection against malware threats, which means they occupy some percentage of system resources to do their job. So, it’s imperative that a security product shouldn’t put a lot of impact on system performance.

AV-Test’s Performance Test, which was held in Mar-Apr 2018, gauged the impact of each participating antivirus product on system performance by executing few common computer operations — such as launching popular websites, downloading/opening applications, copying of files – and measuring the impact of each operation in terms system slowdown.

Both McAfee and Windows Defender received 5.5/6 stars in these tests.

AV-Comparatives’ performance study was similar to the AV-Test’s study in a lot of ways. Few common operations – such as archiving/unarchiving, downloading files, browsing websites, installing/uninstalling applications — were conducted and an impact score (the lower, the better) was assigned to each participating product.

Interestingly, Windows Defender – which is built into the Windows operating system – received the worst impact score among all participating products, and could only manage the STANDARD award.

McAfee, on the other hand, registered an impressive impact score of 6.9, earning the highest ADVANCED+ award from the lab.

Hence, it can be said that McAfee puts less impact on system performance than the Microsoft’s default antivirus.

Back in the day, Windows Defender’s interface used to be slightly outdated, but it is no longer the case. Lately, Microsoft has turned the software into a centralized portal from where you can easily manage your security and privacy at one place.

The interface is simple and elegant — in colors of white, light gray, and blue – and would sit nicely on any Windows operating system.

McAfee’s interface, too, has recently gone through an improvement; it’s now much simpler and brighter, in shades of white, pale blue, and dark grey.

A horizontal menu at the top has following five modules: Home, PC Security, Identity, Privacy, and Account. The Home tab, which is the default screen, displays your protection status and also has buttons to run different types of scans. You can also clear your browser of cookies/trackers directly from this window, too.

The next three modules contain relevant features and their settings. The Account window has information about your plan.

Windows Defender vs McAfee: Which Is Cheaper?

Since Windows Defender is free and McAfee does not offer a freeware, no comparison can be drawn between both software in this category.

Winner: No comparison can be drawn.

Our recommendations: If you want to get the highest level of security and performance, there's no better choice than Norton, which protects over 50 million users worldwide.

After reviewing dozens of antivirus products from some of the biggest names in the cybersecurity realm, we believe that Norton 360 Deluxe is the best antivirus suite available on the market. It provides flawless anti-malware protection without slowing you down. Plus, you get almost all the advanced features you could ever want.

If you're willing to pay more for advanced identity protection features, we recommend Norton 360 with LifeLock select (only available in the US). It's a bit pricey but worth the price. 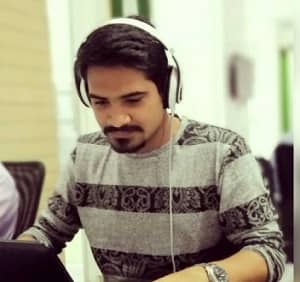 Anas Baig is a consumer privacy advocate and cybersecurity journalist by profession. Has has more than 7 years of professional experience under his belt. Anas has been featured on numerous media publications including The Guardian, Lifehacker, The Next Web, Infosecurity Magazine, Security Boulevard, Hacker Noon, CMS Wire, IAPP, SC Magazine, and many others. His interest includes Digital Privacy Rights, Information Security, Networking, Privacy, and Data Protection.

Protect yourself and your family with the best antivirus protection available. Act now to get a special 70% discount on Norton. Sale ends soon.